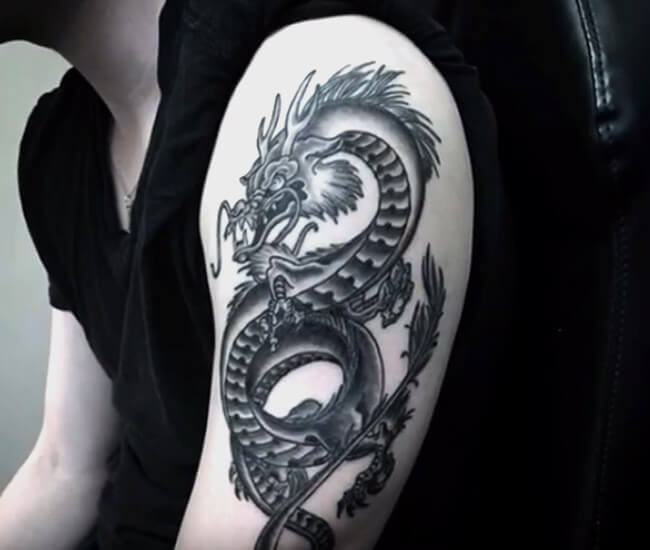 Why don’t you try Chinese dragon tattoo for your next tattoo? Most importantly it has special interesting things to discuss. According to different cultures, it has various meanings. Here for you, we make an impressive collection for 2020. Continue your reading to get the unique tattoo designs of a Chinese dragon. 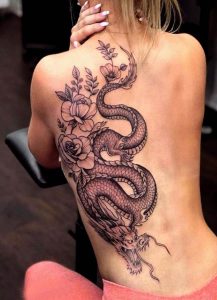 Basically, the Chinese dragon considers as non-mystical animals. It possesses the energy of ancient that may translate into the unconquerable spirit. Furthermore, its symbol represents prosperity. And obviously, it is a lucrative tattoo design. Nothing can compete with it.

Usually, it considers as an auspicious icon that could translate to amazing luck and masculine strength.

Red is the common and perfect colour for this tattoo. But you also can use your favourite multicolour. However, people thought that multicoloured are mentally arousing spectacles because it could bring out extreme esteem from the public.

Another important fact about this tattoo is that by choosing a dragon of a different era you can easily assess different specific meanings.

Actually, since the beginning of the Chinese civilization Chinese dragon is one of the mythological animals. It is one of the popular symbols of Chinese people. 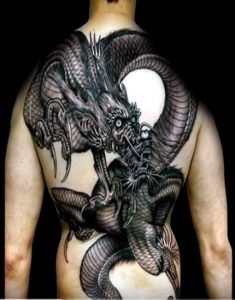 However, the dragon of Chinese is an animal that has a snake’s tail, deer’s horns, dog’s muzzle, lion’s mane, eagle’s claws, and lobster’s eyes. That why it is said that it brings several animals in all together.

This tattoo is extremely popular in the moment shows of all oriental tattoo culture. It also influences the tattoo ideas of western culture.

This dragon is known as long and East Asian Dragon. They are legendary creatures in Chinese mythology, East Asian culture, and Chinese folklore. Some important facts of this dragon are given below

Basically, in the countries of Asia and East, the dragon represents the symbol of a creature which sympathetic to people.

People believe that a dragon has the power of the supernatural. It also commands the forces of nature for example – fire, air, water, and earth.

Due to this fact, people love to have this dragon tattoo to represent their inner positive and creative power. And the Chinese imperial family also like to have a golden dragon tattoo as their unique mark. 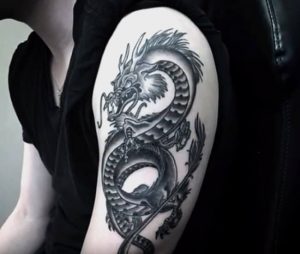 Unlike the western dragon, the Chinese dragon is wise and kind. It does not represent evil. Basically, it makes crops thrive not destroy them.

Dragon lives in water so do not spitfire. Without wings, it can fly with its magic. Which represent its independence.

Please read the following topic to know the meaning of the detail of this tattoo is discussed here. 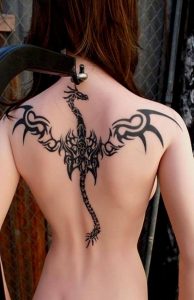 Importance of Dragon in the Chinese Culture

One of the popular symbols of Chinese culture is a dragon. People like a dragon so much. Due to this popularity, dragon dance becomes a common part of the maximum Chinese festival.

Chinese people take the dragon as an imperial symbol. 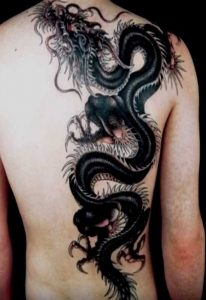 Usually, in Japan and China, dragon tattoo represents the symbol of 4 elements like Earth, Water, Wind, and Fire. At the same time, it also uses as the symbol for the underworld, the earth, the water, and the sky. As a result, a dragon of each element has its different characteristics. And which are neither good nor evil. Like fire or wind, earth or water, a dragon could be both kind and cruel.

However, people of Chinese culture believe that the dragon of fire breathing associated with lightning and rain. It also symbolized fertility. 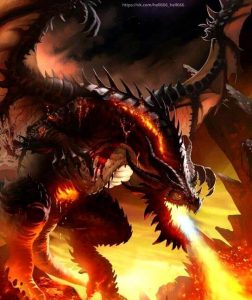 This dragon associated with the protection and guardian of the streams, lakes, and rivers. Usually, they are good swimmers and they are social animals. When they stay in pairs or a group they tend to thrive in captivity.

It appears quieter than other dragons. Because they have different hobbies. They are very aware of what going on around them. When they come up with a new idea they become extremely good leaders. They are also a very smart and good organizer. They always love to have a large circle of friends.

It is known as the independent dragon. It is believed that it controls the air of the earth. 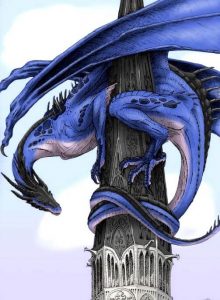 To make your tattoo gorgeous with the different dragon you will find 9 types of the Chinese dragon, which are given below 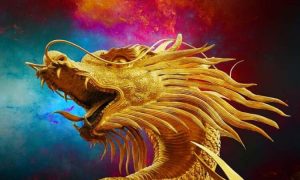 What is the Chinese Dragon Called?

Most importantly the Chinese dragon is a creature in Chinese mythology and they also called Oriental Dragon.

Before getting a tattoo you must choose a place for tattooing your dragon tattoo. For dragon tattoo largest area of your body will be the best options for you, such as Hip, back, chest, sleeve, shoulder blade, forearm, and arm. Where this tattoo will look attractive.

Some parts of your body should avoid, for example, leg, because in a leg it becomes quite difficult to express the magnificence of the mythic creature.

By depending on your area, you can select any size or style of your tattoo. 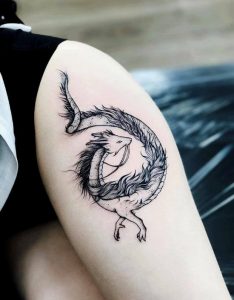 What is the difference between Chinese and Japanese Dragon Tattoo?

Among Chinese and Japanese Dragon Tattoo, there are few differences. In Chinese culture dragon always portrays as benevolent on the other hand in Japan sometime dragon feature as evil monsters. 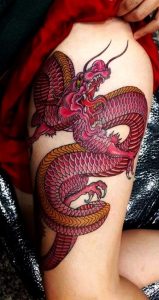 Usually, men like dragon tattoo to express their rebelliousness and dominance. For the character of men, aggressive fire-breathing dragons are very suitable. 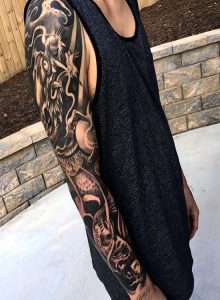 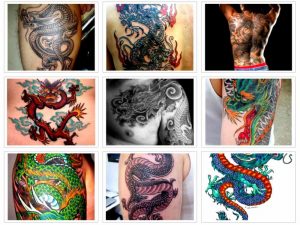 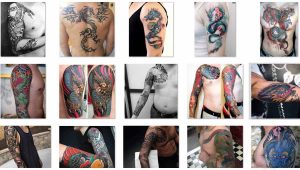 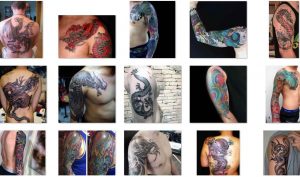 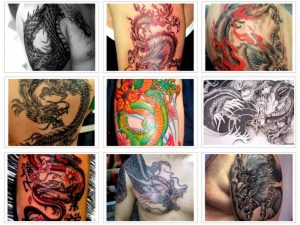 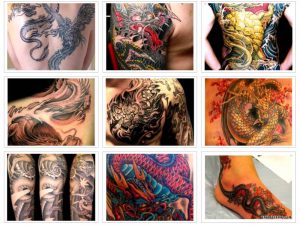