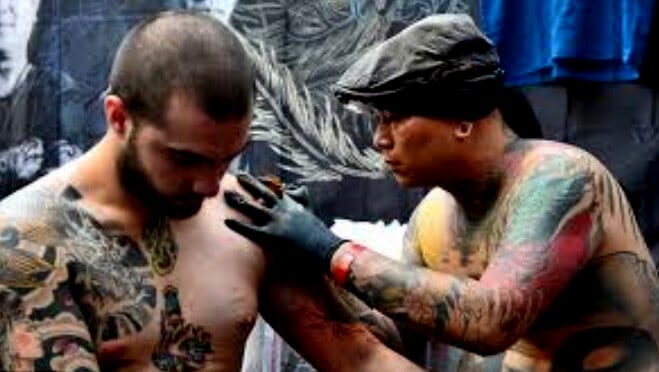 Japan has one of the best oldest and popular tattoo cultures. Most importantly almost for every tattoo artist Japanese tattoo style is a great challenge. However, the beauty of the Japanese tattoo basically lies in its vast symbolic and historical aspects that make this tattoo such an inspiring artist outlet.

Advantage and Disadvantage of Having Tattoo

Artist Who Do Japanese Tattoos

Basically, by using only some characters traditional Japanese work has a great innate ability to tell a concise and clear story. And this is the main reason that this tattoo becomes famous among many people in the world. Here we list the name of some best Japanese tattoo artists who are famous for their great traditional tattoo work.

Horitomo – He is a Japanese artist who usually combines two of his great passion and that’s are cats and tattoos.

Horiyoshi 3 – He is a popular Japanese style tattoo artist based in Japan. Generally, he restricts his motifs to the classical repertories of the vast variety of traditional Japanese designs and stories like koi, tenyo, dragons, etc.

Horitada –  He is known as one of the best traditional tattoo artists in the whole world. He actually works with black and grey color. He loves to make a tattoo with minimal coloration that accents these depictions of classic Japanese iconography like dragons, samurai, blossoms, and koi.

Horikitsune – He is a member of the Horiyoshi 3 family. He, manually drive tattoo ink into the body’s skin by using bamboo instruments and needles.

Horiyen – He works with both traditional hand-poked tattooing and electrical tattoo machine. He likes both colorful tattoos and tattoos with the color of black and grey.

Best Tattoo Shop in The World

Shige Iwasaki – He is a world-renowned tattoo artist, who is known as ‘Shige’ in the tattoo industry.

Haewall – He is from South Korea. He likes a clean, smooth approach in his tattoo designs. Because of the amazing technical application, his designs look so elegant.

Asao – She is a popular female Japanese style tattoo artist. Her tattoo work is stunning.

Best Tattoo Artist In The World

Best Tattoo Shop in The World

Advantage and Disadvantage of Having Tattoo